This project was about urban development. We began talking about the city, discussing about everything that takes place where we live; since we have all experienced or lived in cities and towns, we all know about the subject. I showed them some images of Majadahonda´s urban planning, which is the location of their school and the place where most of the children live. We discussed the process to plan a city for the future: how this happens and who is involved in that process. It is an interesting and complicated topic, there are many elements at stake and anyone can get lost in everything you need to consider. Nonetheless, it led us to a very stimulating conversation with some interesting questions.

After that, working in groups, they would design a part of a city with boxes we have collected from home. I brought a cardboard base for each group as the piece of land they would be working on. On that base they already had some constraints, like a river and the size of the board. We talked about land-use planning with the help of some graphics I had brought; then I gave them some paper tags with the land uses written on them so they could organize and plan their territory. They had to set the scale of the city for a start. For that purpose, they had cut-out paper people to glue to the streets and buildings; that would set the size of what they were doing. I must say that it was not easy for them to start making decisions on an empty lot; there were discussions, and things would go back and forth on the two days they worked on the project. They eventually managed to create a fragment of a city, but more importantly, they were able to think and talk about it.

Many questions were asked and exposed about cities during this activity. They were thinking on what they like about what they see in the towns they know. The activity had made them reflect on their own perception of the built-artificial world we create. I hope this project helps them to be more aware of the built environment around them because they will be in fact the citizens of the future and perhaps the decision-makers in the cities to come. 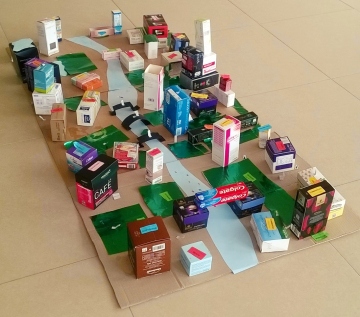 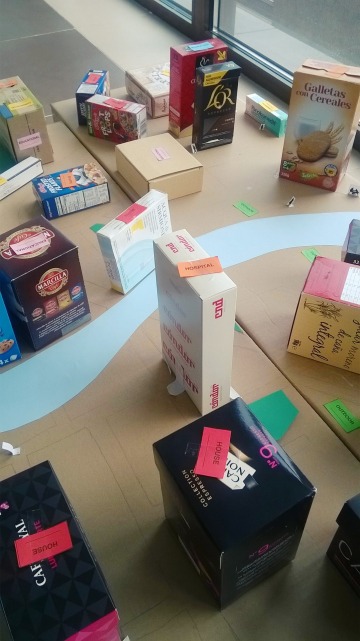